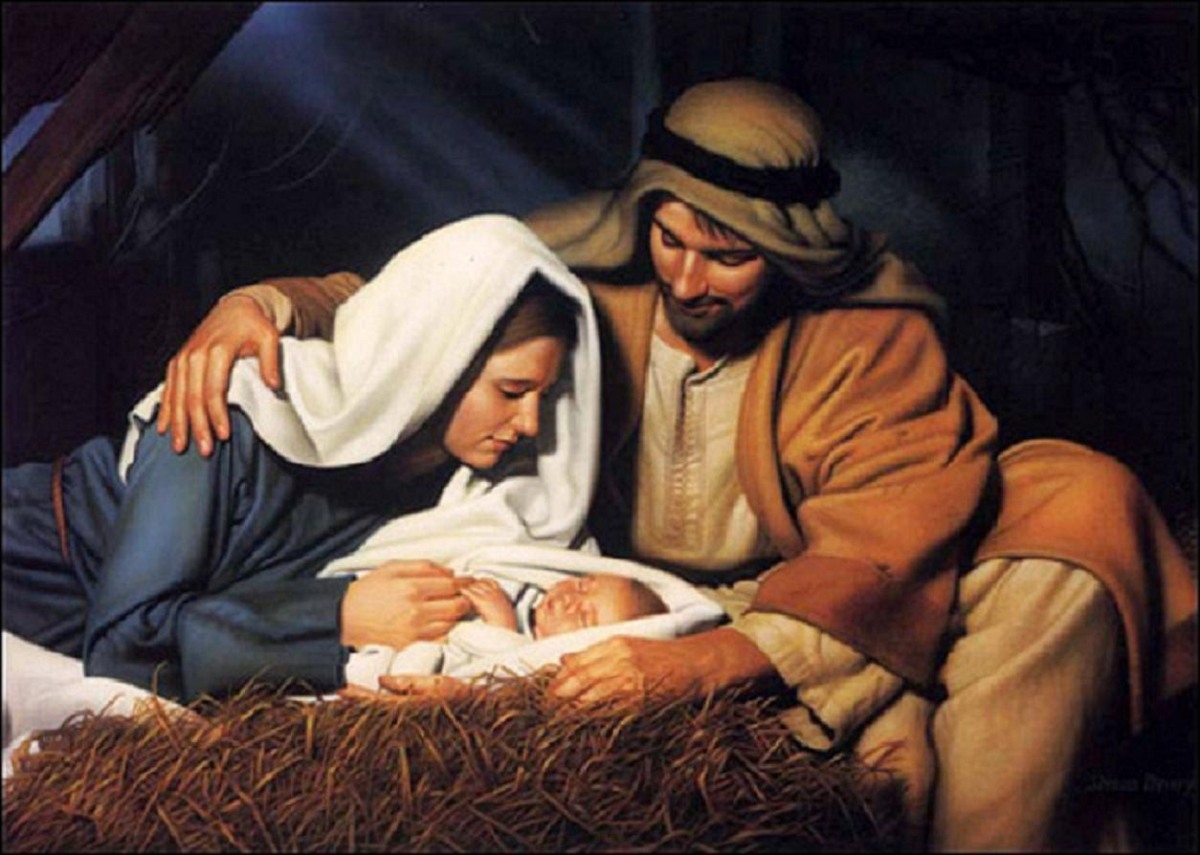 I wonder.  I’ve always wondered.  What was it like?  What was it like for a teenaged Mary to be told by an angel that she would be the mother of God?  As I read the story I can understand her initial fear at seeing an angel, but then it seems that belief came to her quietly and naturally, as if she had just been waiting for a chance to say yes.  She had undoubtedly heard the stories from the scriptures…that one day a Messiah would come.  But did she ever really believe that He might come through her?  It seems that Mary received Christ so easily.  And that’s how it is for some people.  In their tender years Jesus comes to them and with a childlike faith they say yes.  God was giving her a privileged but difficult mission.  Mary said yes.  Would I?  I wonder.

I wonder about Mary’s mother.  As a mother to three girls I’ve always wondered. How could she believe this story her daughter told?  And even if she did believe Mary, what about the gossip?  Hadn’t she done all the things a Jewish mother should do to bring up a daughter?  And here she had this nice marriage arranged and then this!  We aren’t told how she received the news, but as a mother myself I can put myself in her sandals.  You want to trust your child, but this story was problematic, even for one who knew the scriptures.  Maybe that is part of the reason Mary went to live with a relative.  Maybe it took Mary’s mother time to believe.  Would I have believed my daughter?  I wonder.

And what about Joseph?  We are told he was a good man, a righteous man.  I wonder about him.  Was he a man who finally had all his ducks in a row so he could marry and start a family?  Had he been waiting to get his carpentry business off the ground?  And finally, after he had found this young virgin from a good family, after he had paid the bride price and became engaged, she tells him that she is pregnant.  Since he is a virtuous man, Joseph decided to end the relationship quietly, but an angel interceded.  I wonder what it was like to be told that you would bear the responsibility for rearing God’s Son.  Joseph needed more confirmation, but he too said yes to God.  Would I?  When God interrupts my carefully made plans, am I willing to get in line with His?

How I would love to have been on that hillside with the shepherds.  To be smacked right in the face with the glory of God!  And to be told about Jesus by not just one angel, but a multitude of them.  Sometimes Jesus comes to us in a dramatic and exciting way because we need to be told that way.  Ask Saul of Tarsus.  After the angelic announcement, we are told that the shepherds went “with haste” to find Mary, Joseph, and the baby.  Did they just go off and leave their sheep unattended?  Leave their livelihood vulnerable to prey, both animal and human?  Would I risk my financial security, trust God to take care of it while I share the Good News with others?  I wonder.

I wonder about the magi.  Men of science, but seeking something that was missing.  Willing to go to great lengths and to pay a dear price to find the King.  I became a woman of faith long before I became a woman of science.  Would I have been open to the possibility of the miraculous after first being trained in the scientific method?  Or would I have wanted empirical proof?  I wonder.

But the One I wonder about the most is the baby.  Jesus.  The Messiah.  God who took on human flesh and came into our world as a helpless infant.  When the Father said, “Go,” did you immediately become an embryo?  What was it like for you, living and growing in the very womb that you created?  And how was it for you, equal with God, co-creator of the universe, to suffer the indignities of becoming a human baby?  To be cold and hungry?  To have your diapers changed?  I wonder.  When did you know that you were God?  At conception?  At birth?  When you were 12 years old?  When you began your public ministry?  And when did you know that your purpose in life was to become sin for me, to pay the debt I owed, to die a shameful death on a cross?  How could you love me?  I wonder.

My wondering is not doubt; it comes from a place of wanting to know Him better.  The Lord invites our wondering in Jeremiah 33:3

Call to me and I will answer you, and will tell you great and hidden things that you have not known.(ESV)

The New Living Translations says, “I will tell you remarkable secrets.”  I want to know His secrets.

I guess as long as I am on this earth I will wonder, but I’m not the only one.  One hot day in July of 1933, a folksinger named John Jacob Niles was attending a fundraiser in North Carolina for a group of evangelicals who had been ordered out of town by the local police.  A little girl named Annie Morgan stepped onto a makeshift stage and began to sing.  She was dirty and ragged, but beautiful.  She also had a beautiful voice, and she sang a few lines of a folk song over and over.  From those few lines, Niles composed the Christmas folk hymn, I Wonder as I Wander.  It expresses my wonderings simply but beautifully:

I am a wife, mother, grandmother, and licensed clinical psychologist. View all posts by Fran Carona, Ph.D.

3 thoughts on “I WONDER”