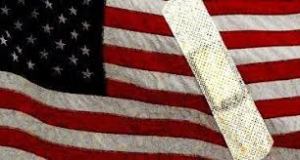 What a year 2020 has been, and it is only half over.  It seems as if there is a new crisis every week.  Let’s just set the virus aside for a moment because I would like to look at our other issues.  If only the coronavirus were our only problem!   There is a revolution that is happening right under our noses.   Shootings, mass murders, vandalism, and riots are almost routine events now.  There are those among us who are destroying our monuments, desecrating our flag, and taking over our cities.  Our national anthem may be replaced.  And our police forces, the people who are there to protect us, now have targets on their backs.  What was formerly seen as evil is know declared good and acceptable; and what we many of us knew as good is now seen as bad.  The ends justify the means.  There is no longer polite discourse.  If I disagree with you that means I hate you.  Our presidential election is now upon us, and it is the most rancorous and divisive I can ever remember.  And there are some who don’t like either of our choices, but are just trying to decide which is the lesser evil.  We are a nation on fire.

With our world in chaos it is tempting to ask, “God, where are you?”  As I was wrestling with these thoughts this morning, I felt the Lord say, “Be still.  Come to Me.  Listen and be encouraged.”  He reminds me that He is still on His throne and is still sovereign over the universe.  We may go to our polling places and mark our ballots, but it will be God who decides this election.

He controls the course of world events; he removes kings and sets up other kings.  Dan. 2:21a NLT.

God may decide to use the next election to bring America (and maybe the world) into repentance and right relationship with Him.  And I’m not saying I have any inside knowledge about how He would do that.  He is sovereign; He could use either candidate to accomplish His will.  As mere mortals, and as citizens, we can only try to make an informed choice and pray for the best.

But God could also decide that we should get the government we deserve.  Perhaps America is on a fast track to destruction.  Other nations have risen and fallen.  We may also.  I am reminded of the history of ancient Israel.  God set them up as a nation and gave them a land.  He promised to bless them if they would be obedient to His instructions.  For many years Israel prospered, although she was never fully obedient.

God’s plan for Israel was a theocracy.  God would be their ruler and protector.  But the people of Israel looked around at the other nations who had kings and asked for a king for themselves.  I Samuel 8:6-9 tells the story:

Samuel was displeased with their request and went to the Lord for guidance. “Do everything they say to you,” the Lord replied, “for they are rejecting me, not you. They don’t want me to be their king any longer. Ever since I brought them from Egypt they have continually abandoned me and followed other gods. And now they are giving you the same treatment. Do as they ask, but solemnly warn them about the way a king will reign over them.”

Although we have never been a theocracy, America was founded on Judeo-Christian principles.  Our oldest institutes of higher learning once proclaimed Biblical truths, but now they indoctrinate students in secular humanism (and charge a pretty penny to do so).  Like Israel, we have rejected God.  We think we are so much wiser.  And like Israel, we think we can make the best decision about who governs us.  However, God continues to remind us that His ways are higher than ours.  Oh America, I hope it is not too late for us.  I pray that we will repent and return to God.  But in any case, God’s plan will not be thwarted.  He is doing something in the world and He will accomplish His will.  Our job is to pray and trust.

Thank you, Lord for allowing us to live in this great land.  We acknowledge that we do not deserve your favor.  You have blessed us abundantly and we have turned our back on you as a nation.  We ask that you bring us back into right relationship with you.  Forgive our sins and bring revival.  And let it begin with me.